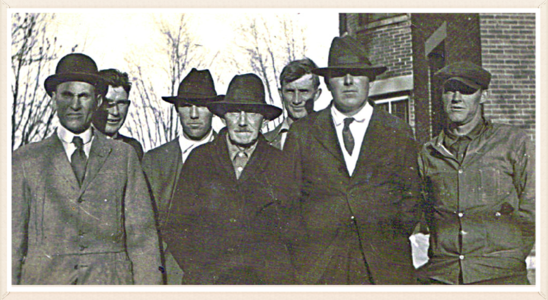 I apologize for any inconvenience you may have with this change of website. The comments page has been deleted. My email address is the best way to contact me. If you have sent me information about your family that you would like to have updated, I may have lost that information in the transition.

This is an information only site... a work in progress, no fancy bells or whistles. It follows and chronicles Garriott descendants, including 03-Ambrose S Garriott and Elizabeth Blankenbaker, whose thirteen children all grew to adulthood. I had to change to a new format when godaddy.com discontinued that format. Pages had to be cut and pasted and much formatting was lost, along with pictures. For the most part tombstone pictures will not be transferred since findagrave.com is doing such a great job.

MIGRATION: Ambrose and his children moved from Virginia to Kentucky after the Revolutionary War, and Ambrose eventually moved to southern Indiana. Three of Ambrose's sons remained in Kentucky and prospered there as farmers: John W, Loven, and Daniel. Four sons moved with Ambrose to Indiana, all farmers: Elijah, Jacob, William and Simeon. Elijah's family subsequently moved to and settled in Missouri, some of whom eventually moved on to Oregon and Washington state. There is only scant information about the descendants of the daughters of Ambrose.
Other Garriott's moved to Ohio, descendants of Moses Garriott, some of them on to Illinois, some eventually to Kansas and Oklahoma. Other Moses descendants moved on west to Wyoming and Idaho as the great depression set in and they looked for work in the oil fields. A look at the social security applications will give a glimpse of some of these.
The Garriott name has surfaced in Baltimore, MD as far back as the 18th century, but no connection to the Virginia Garriotts is apparent, although I'm working on it.

PHOTOS: The first picture at the top is Owen Garriott's Skylab emblem. Next is my boyhood home, then my grandparents, Albert Garriott and Pheobe Perry. [DG photos]

NAVIGATION: The generations are numbered, from 01-Jonathan, grandfather of Ambrose S Garriott. Descendant charts are provided for well-researched lines to assist in following your own descendant line. From each page you will know which descendant you are reading about. If you want to plug your grandpa's name in and expect it to pop up you will be disappointed.

BACKGROUND: I have been collecting family information for years but few people have seen it because much of the information is about living people. Some people readily give detailed information about themselves and their relatives on Facebook or ancestry.com. However in this age of identity theft, I prefer not to publish birth dates and mother's maiden names of people still living who were born less than 70 years ago. Consequently most information on people born more-or-less since 1940, a seventy year genealogy standard, has been deleted. Some of it may seem arbitrary, but not every family falls conveniently into that time frame. If I have inadvertently included your information, please let me know so I can correct it.

Some exciting things you will find here are: A hanging, a murder of a Garriott descendant.....and murder by a Garriott descendant, one descendant was a state legislator, one a minor league baseball player. Several first cousins intermarried. Parents who gave away their three youngest children for adoption- one of whom went through the Daughters of the American Revolution to prove her relationship to Ambrose S Sr Garriott.
This genealogy, hopefully, provides some sense of the early days of this country, with military, pension, and court book/page numbers, some biographies. I especially wanted to honor those who have fought in our military. I have taken the liberty of using Jr and Sr prefixes when the field is packed with the names John, James, Simeon, Jacob, etc. Limited information will put them on their parent's or grandparent's page. I would be happy to insert your family information, pictures too.

RECORDS: I love courthouses. I've spend hours-- sometimes whole days-- in the Library of Congress, state courthouses, libraries, historical societies, cemeteries, even church records searching for Garriott ancestors: Maryland, Virginia, Kentucky, Indiana, Missouri, Kansas, Iowa, Oklahoma, Texas, Washington, Oregon, Idaho, California.
These paper records of marriages, land transfers, births, etc. produce golden information. The National Archives can give up valuable information on early pension records, except for what was destroyed by the War of 1812 (including the  Revolutionary War). Later military records can be found at the St Louis Military Archives. Social Security records can be procured from the archives in Baltimore- and now on ancestry.com.

I have been distressed about never acquiring knowledge about how the Garriott's came to be in this country. If anyone knows any information about this I would like to know.