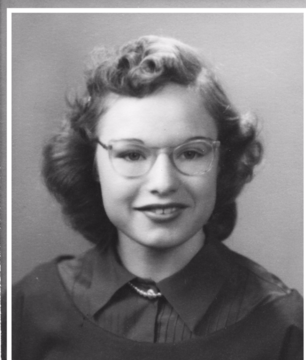 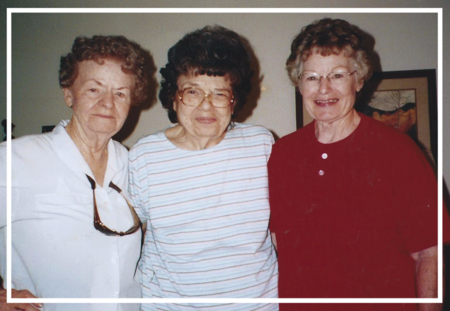 Joanna graduated from high school only a couple

months before her father died and she stayed home

with her mother for a year after his death. Joanna

worked for eight years at the Yorkshire Club in

Ft Hood, Bell Co, TX before he was sent to Germany.

who had a reputation for raising purebred Yorkshire

swine breeding stock. They purchased a farm in Nebraska where they lived. [Joanna Garriott Cerny]

1917 OBITUARY: Joan Cerny, 85, of Crete, passed away June 17, 2017. She was born February 17, 1932, in Benton County Indiana to Perry and Iva (Blankenship) Garriott. Survivors include her children, Marc Cerny of Crete, Jon (Carol) Cerny of Bancroft, Lisa (Lee) Krasser of Crete, Pat (Cindy) Cerny of Lincoln; 10 grandchildren and five siblings. She is preceded in death by her parents; husband, Warren Cerny; grandson Kyle Cerny and six siblings.

Funeral services will be at 10:30 am on Thursday, June 22, at Kuncl Funeral Home in Crete. Visitation will be from 5-8 on Wednesday at the funeral home. Interment will be at Pleasant Hill Cemetery. Memorials to the Dorchester United Methodist Church or the Dorchester Volunteer Fire Department. [Crete News & Cindy Cerny]