1937 OBITUARY: Funeral services for Melville held at Brushwood Church at Aix, Indiana, Friday at 2 PM. Died at home of son Frank Garriott in Thayer, Indiana. His wife died in 1886 and he never remarried. He was united with the United Brethren Church early in life and took an active part in all church and community affairs. In 1918 he came to Newton County to make his home with his son Frank, with whom he lived until his death. 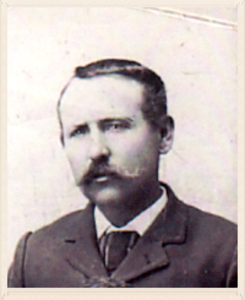