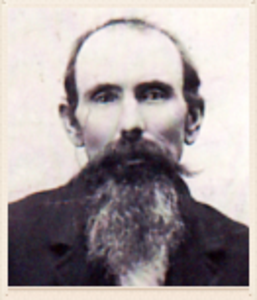 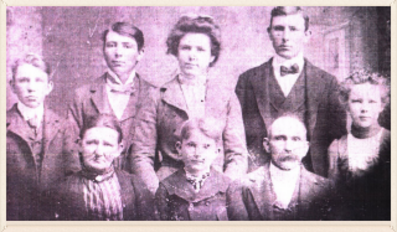 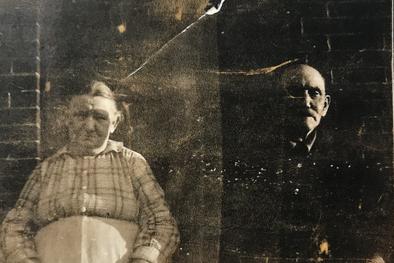 woods with the neighbor's hired hand and ended the marriage without issue.

No divorce documents have been uncovered.

ALBERT'S BIOGRAPHY: Albert was a farmhand or farmer most of his life, very poor and deeply religious. He was unsuccessful in several attempts to purchase a farm. He moved east of Rensselaer to Pleasant Ridge [SR 114 & 150W] in Jasper Co, IN and also farmed north of Rensselaer. He died of liver cancer. Albert's son, Perry Elmer Garriott, [according to Perry's wife Iva Blankenship] recalled, as a child, helping his father cut down trees in the forests in Jasper County to create tillable farmland. The trees, trunks, limbs, branches and all were sunk into the muck until it was possible for the land to support weight. They then farmed the land. An 1894 Atlas of Indiana shows several marshy areas in Jasper County. [website author]

PHEOBE'S BIOGRAPHY: Pheobe Perry was a short, heavy-set woman. Her well-off parents were killed when Pheobe was a child and she inherited money. She lived with an uncle George-- who squandered her money. [Zanita Jeannette Walker] Pheobe was a third cousin to Charity O Perry, who was the mother of James Roscoe Garriott's wife, Nancy Ethel Hopkins. [Laverne Garriott] One report claims Pheobe was taken in by an unknown Edinburg, Johnson Co, IN family. She suffered from chronic asthma and bronchitis, cause of death was cerebral hemorrhage. [Douglas Dale Sr Garriott]
Phoebe Collings Perry [b. 19 Jul 1804, KY; d. 29 Dec 1862, Dudleytown, Jackson Co, IN- age 58]. She was the daughter of Zebulon (1783-1850) and Nancy (Boss) Collings. She married Matthew Perry on 4 Nov 1824 in Clark Co, IN. She was the mother of Andrew J Perry, Zebulon Perry, Nancy Ann (Perry) Collings, George W Perry, John Perry, William Perry, and Thomas Perry, mother of Phoebe F Perry.